Get inspired: Check out some of our volunteers’ pictures and learn strategies for your event. 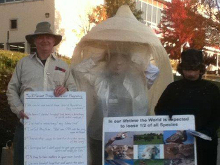 One of the Center's awesome volunteers, Patty Brown, took it to the streets in a condom costume at the University of Oregon. What a way to get folks' attention. 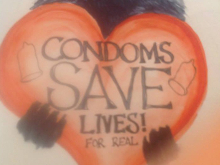 Be creative: Make your own sign with your favorite animal and slogan to bring with you as you spread the word about population and wildlife issues. 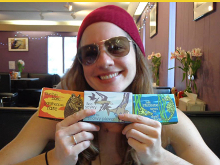 This young woman learned about population, wildlife and Endangered Species Condoms while enjoying the fine fare at the Star Seeds Café in Austin, Texas. 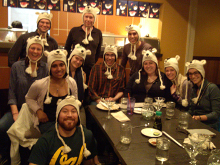 Get your friends together and dress up like endangered species for a night on the town talking about population. The wildlife costumes will help get people paying attention to your message. 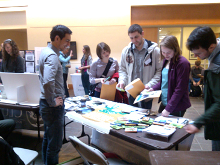 Attract a crowd by setting up a table with condoms and informational flyers like this one at the Public Interest Environmental Law Conference, hosted by the University of Oregon. Be prepared to chat with people — they'll want to know what you're doing with a table full of condoms. 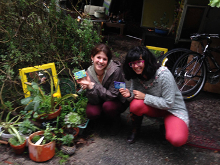 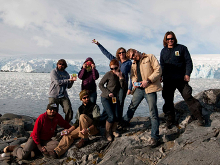 Interested in bringing Endangered Species Condoms on your travels or to your community? Connect with us to help spread the word.Our condoms have indeed traveled far and wide — even to Antarctica. 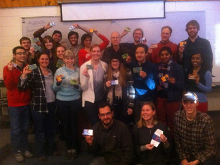